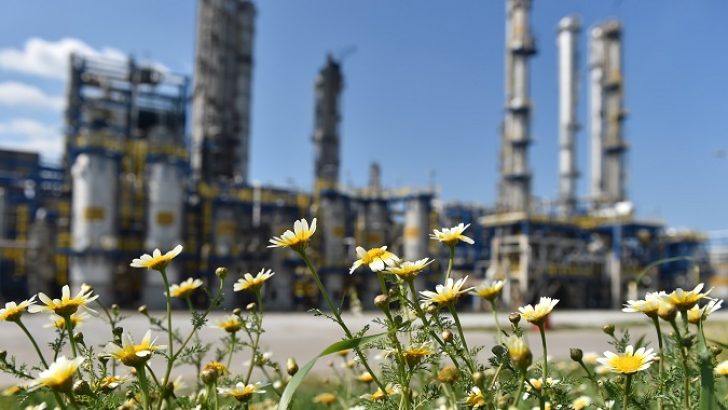 Socar, Azerbaijan’s biggest foreign investor in Turkey, is a majority stakeholder in the Petkim petrochemicals plant in Izmir, the Star refinery, the nearby Petlim container port and a power plant, as well as the Trans Anatolian Natural Gas Pipeline (TANAP), which is being built to transport 16 billion cubic meters of gas per year from the Shah Deniz 2 gas field in Azerbaijan to the Greek border.

The company has made $11 billion of investments in the past 10 years and expects that to reach $18 billion by 2020.

The Turkish government supports large-scale investments in certain sectors through its new manufacturing incentive package. “We shared this intention with the Turkish authorities. They support the idea. Such an investment could be part of the strategic incentives,” Aliyev said.

At the same event, Socar Turkey General Manager Zaur Gahramanov said that the company could start production of several new products, including rubber, at the proposed chemicals park. “We can build up bigger capacities than Petkim with it,” he said.

There is no room for expansion at Petkim, and so Socar is looking to triple output with the new plant, he said. “Petkim only meets 18 percent of Turkey’s needs but is at 93 percent capacity,” Gahramanov added.

Aliyev said that the company has yet to break even after investing $100 million every year since the acquisition of Petkim and has since begun the construction of the Star refinery, Petlim and TANAP. Socar bought Petkim at peak market price but even so its value has increased by 420 percent as of April 2017, Aliyev said. “The refinery will kick in shortly, and 72 percent of TANAP is complete. We opened the first phase of the port, and the second one is just around the corner. As investments are completed, we will be able to increase our income,” he said.

Socar Turkey activities by the numbers