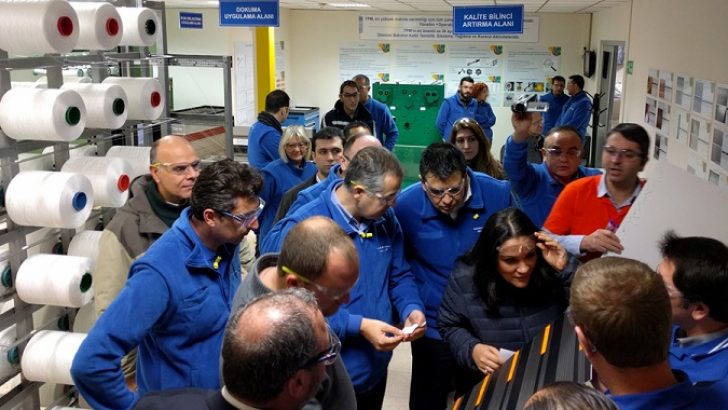 Kordsa Inc, a Sabancı Holding subsidiary, is expanding its footprint in North America and increasing its reinforcement technologies through the acquisition of two advanced composite technology firms in the United States.

The Turkish company said it was acquiring Fabric Development Inc. and Textile Products Inc. for approximately $100 million, in a bid to strengthen its position in the United States and to become a strong player in the commercial aviation industry supply chain.

According to Kordsa, the aviation sector is expected to grow by “at least 10 percent” annually over the next five years

Kordsa expects to complete the purchases in the first quarter of 2018, subject to U.S. government approvals.

Commenting on the acquisitions, Sabancı Holding CEO Mehmet Göçmen said the move was in line with the “Sabancı of new generation” approach, which targets advanced composite technologies as an area of future growth.

“This new step will ensure that Kordsa is a strategic supplier of key players in aerospace and civil aviation, particularly Boeing and Toray Composites Materials America Inc,” said Göçmen.

According to Kordsa CEO Ali Çalışkan this investment will give allow the Turkish supplier to reinforce the wings and fuselage of an aircraft, in addition to its legacy aircraft tire reinforcement capabilities.

Sabancı Holding Industry Group announced its market entry strategy for composite technologies in 2013, and opened a €30m Composite Technologies Center of Excellence in Istanbul in 2016.

The company is also planning to pursue additional acquisition opportunities with the aim of being a global player in composite technologies.