Export champions of the chemical industry awarded by IKMIB 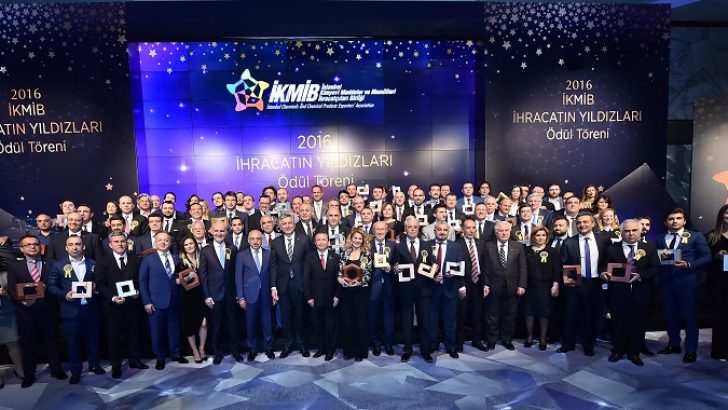 In the chemical industry which is one of the industries, including the plastics industry, achieving the highest export volume in Turkey, successful exporters of 2016 were awarded. IKMIB granted 115 awards in 23 categories to those companies fulfilling an export volume worth 14 billion dollars.

The chemical industry ranks among the top three on a continual basis. 2016 ended with the export volume of 14 billion dollars as achieved by the industry. Istanbul Chemicals & Chemical Products Exporters’ Association (IKMIB) granted the most successful exporters IKMIB 2016 Stars of Export Award. Awards were granted in 115 branches of the category. The figure targeted by the industry in 2017 was reported to be 15.5 billion dollars.

Murat Akyüz, the Chairman of the Board of Directors of IKMIB, reminded in his speech delivered at the ceremony that 2016 was a tough year and said: “Our exporters who have strong faith in their country and her people managed to keep the positive image of the national economy by fighting against difficulties. Our chemical industry providing productions for all of the areas in life from plastics to cosmetics and medicines to paint secures its position among the most dynamic industries in the Turkish economy with its recent export move.”