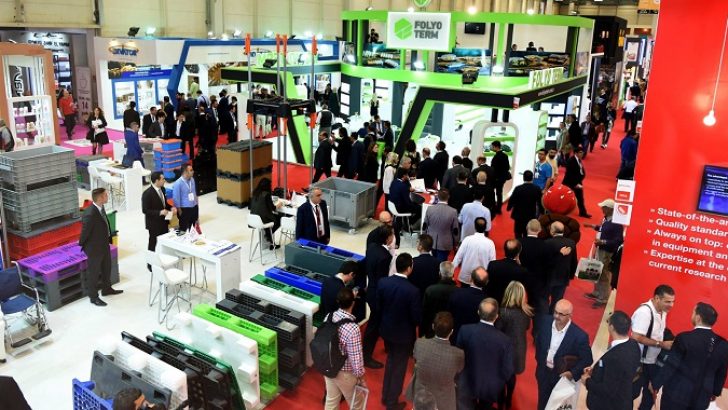 One of the greatest meeting platform for the packaging industry in Eurasia, the Eurasia Packaging Fair Istanbul was held at Istanbul Tüyap Fair and Congress Center. Bringing one thousand 122 companies and company executives from 43 countries together, the trade fair got the thumbs up from the participants of the industry.

The trade fair, further hosting specific programs to highlight the importance of design in packaging, got credit from participants and visitors thanks to the Design Street developed to allow packaging designer to demonstrate their creativity.

Ali Muharremoğlu, the Managing Director of Reed Tüyap who is the fair organizer, remarked that the trade fair set new records this year. Pointing to a critical rise in the number of foreign visitors, Muharremoğlu told that they laid the foundation of collaborations for the future of the industry as the trade fair gathered most prominent manufacturers and brands of the Eurasian Region under the same umbrella. This year, the trade fair united one thousand 122 participants from 43 countries with over 59 thousand visitors from 108 countries during 4 days. “In the upcoming year, we will keep up our efforts to bring such figures to the next level like this year.” said Muharremoğlu.

Zeki Sarıbekir, the Chairman of the Turkish Packaging Manufacturers Association, pointed out that the Turkish packaging industry reached a market size equal to USD 20 billion, and said: “We, as the industry, rank third in the world and sixth in Europe. We believe that we make an economic movement of USD 330 billion possible through packaging. And most importantly, we will attain the goals of market size amounting to USD 30 billion and export value equal to USD 10 billion in 2023 when we will commemorate the centenary of the Turkish Republic.”