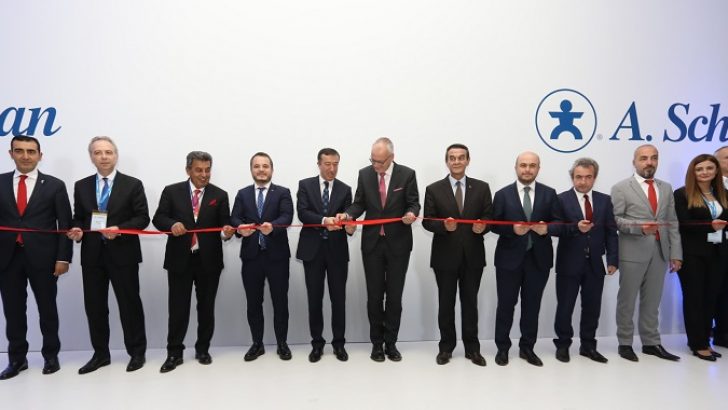 US.-based A. Schulman, which manufactures high performance plastic compounds, composites and polymer, has opened a factory in the Çerkezköy Organized Industrial Zone, located in the city of Tekirdağ in northwest Turkey. The factory has an annual manufacturing capacity of 17,500 tons and will service Turkey as well as the Middle East and North Africa.

President of the Investment Support and Promotion Agency of Turkey (ISPAT), Arda Ermut, attended the opening ceremony where he delivered a speech underscoring Turkey’s potential in terms of its strategic location, political stability, effective leadership and structural reforms. “The political ties between countries may occasionally be strained, but actors in the economy always adopt a more long-term approach to the state of affairs,” Ermut said, highlighting the recent political tension between Turkey and the U.S. He further said that A. Schulman’s most recent investment in Turkey shows the long-term and calculated reaction of economic actors in times of diplomatic disputes between countries, adding that Turkey will continue to attract more investments from the U.S. in the future.

Ermut also said that A. Schulman’s investment in a sector that is import-intensive is significant because it will boost Turkey’s employment rates, manufacturing capacity and exporting capacity. “Our goal is to bring investments that will better position Turkey in the value chain of industries that are considered critically important,” Ermut said.

Heinrich Lingnau, the senior vice president and general manager of Europe, Middle East and Africa (EMEA) at A. Schulman, said the facility will provide more efficient service to customers in the entre EMEA region on a new platform. “Turkey has become a main transit point for regional exports. Therefore, this factory will allow us to increase our market share in the region and empower our position,” Lingnau said.

Welcoming A. Schulman’s investment in Turkey, Çelik underscored how the customs union agreement Turkey signed with the EU allowed the country to become an important trade hub in the region. “International companies regard Turkey as a headquarters for regional operations, as much as they do an investment center,” Çelik said.